The undersea Internet network plays a very important role, 99% of international data is transmitted by wires on the ocean floor. Therefore, they are considered as the lifeblood of the whole world. However, there are interesting facts about network cables that cross the ocean that not everyone knows.

1. The installation of undersea cables takes a lot of time and money

The total length of the undersea cable network can reach hundreds of thousands of miles and bury thousands of meters under the seabed.

To install cables on the seabed, people use a special type of vessel called a cable layer. The cables will be installed so that they run on the flat surface of the ocean floor and take care to avoid coral reefs, wrecks and other obstructions.

The cost per mile of cable varies depending on the total length and destination, but installing oversea cable is very expensive, costing hundreds of millions of dollars.

It is a fact that shark teeth marks appear on submarine cables. And to protect marine cables from sharks, companies like Google are shielding their cables in these fish-prevention devices. 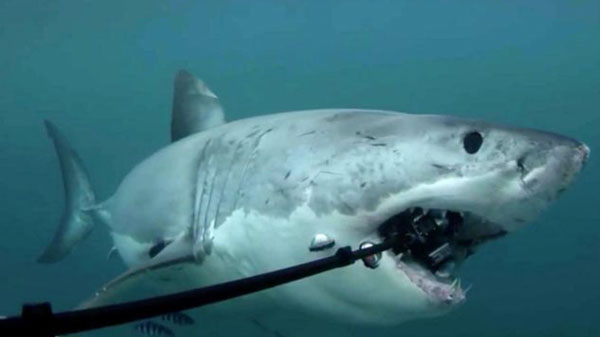 Ignoring the factor of sharks, the network cable system under the ocean still has its own threats such as the anchorage of ships or natural disasters.

4. Connecting the world via sea cables has been around for a long time

Since 1854, a telegraph cable has been installed across the Atlantic Ocean connecting Newfoundland and Ireland.

The successful transmission was made after 4 years, but the signal quality was too weak to use.

However, this is still a landmark of the underground cable industry.

At that time, American submarines were trying to find Soviet cables to collect signals and information.

This operation is known as IVY BELLS and the exploitation of undersea communication cables is now standard practice by intelligence agencies.

6. It only takes a wetsuit and a cable cutter to paralyze the global Internet

There are thousands of volts of electricity flowing through each underground cable and cutting this cable is very difficult. But it is still possible to cut underground cables. In 2013, several Egyptian men were arrested in wetsuits for deliberately cutting the 12,500-mile underground cable connecting Southeast Asia – the Middle East – West Africa – Europe and connecting three continents. This incident caused 60% of Internet speeds in Egypt to be paralyzed until the line could be repaired.

7. Underwater network cables are not easy to fix

When an underground cable is damaged, special repair ships will go to the suspect location to check. If the cable is in shallow water, a robot will be used to find it and pull it to the surface.

If the cable is in water about 2,000 meters deep, a specialized vessel will be sent to lift the rope to the surface and repair it. Sometimes the damaged cable will be cut in half and the repair ship will lift the ends and join them above the water.

8. Underground cable has a lifespan of 25 years

Undersea cables have a lifespan of 25 years. However, this number may decrease due to the increasing demand for connection and use today.