Mutant is the most special season 6 DTCL clan system in the game when it supports random stats in each match. Unlike other clans with fixed stats like DTCL Academy, DTCL Assassin, DTCL Mage, Yordle DTCL… Mutants will change stats in matches.

There are a total of 7 types of buffs that Mutants enjoy according to the 3 and 5 Mutant milestones. So players can combine the squad flexibly.

In addition, Mutant has full control, resistance and damage in all stages of the match. Along with that, Mutant can easily combine with many other generals in DTCL season 6, so this is the choice of many gamers.

If you want to see what Mutants can do in Teamfight Tactics season 6, please refer to the article below.

Evolution Mutant: Mutants will gain additional stats every 2 seconds, stacking up to 5 times.

Neural Network: Mutants will have their mana cost reduced when using skills (minimum 10)

Mutants can easily combine with other clans such as DTCL Chemistry, DTCL Gladiators, DTCL Challenges… So the Mutant team can go smoothly from the beginning to the middle of the game. 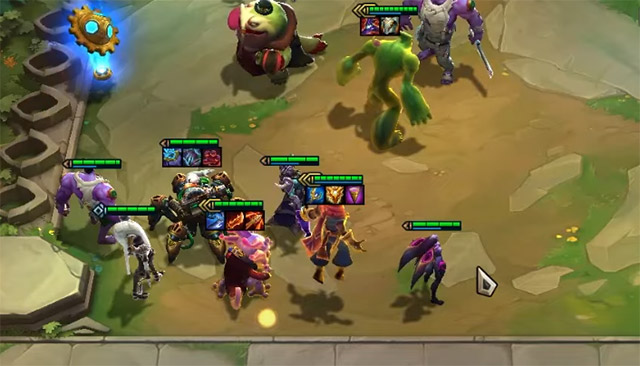 The sources of damage from early to mid game will be Kog’Maw and Malzahar, Kassadin will combine with another Guardian in the early game to withstand. By the end of the game, Mundo, Cho’Gath and Kai’Sa will be the main carry champions.

You should put damage items for Malzahar and Kog’Maw, Kog’Maw’s items can later be given to Kai’Sa. As for defensive items, Mundo and Cho’Gath can hold, Cho’Gath occupies 2 slots, so you can consider combining Mundo with Cho’Gath and other Gladiators.

Cho’Gath can receive additional attack items like the Training Gloves because he can bite the enemy well. But in essence, he is still a tank champion. So at least he still has a tank item.

See also how to build Kai’Sa DTCL season 6 and Malzahar DTCL season 6 to know more about the necessary items for these two champions. 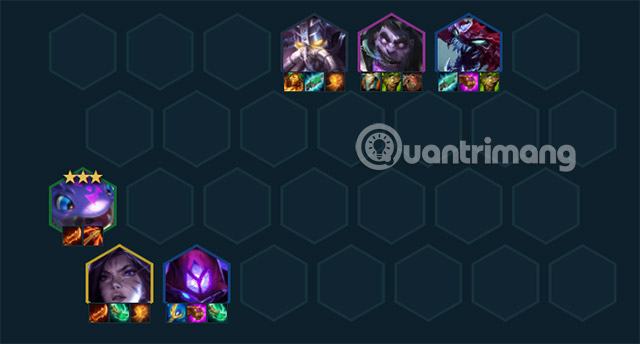 How to build Mutant Season 6 DTCL

If you haven’t found Malzahar yet, add Kog’Maw DTCL and Kassadin at the beginning of the game and balance between defense and attack to have a winning streak. If you see the team winning a lot, then go to level 5 and find Malzahar to get 3 Mutants to get the Mutant buff.

Level 6 in round 3-2 and find 3 Mutants, keep adding other defensive support units to get more buffs. After you have created a stable squad, continue to save money to get to 7.

Go to level 7 in round 4-1 and find Mundo, according to the scenario you can find 5 Mutants and Kai’Sa at the end of the game. But as for the Tech Core, if you can hit the team early if there is a Mutant buff in the core. And you can get 5 Mutants right at level 7, then you can just add Mundo to the team and keep saving money to get to 8.

If the air raid gets the Mutant buff from the Tech Core, you just need to add Mundo and add other Gladiators to replace Garen.

If in this direction, the team must give up 2 slots for Cho’Gath, although there are not as many buffs as the above squad, but the team will have a little more blood. In addition, Catfish Tahm Kench DTCL is a Gladiator who “eats a lot” so you can use this name to “hack” money and items. But if you have determined in the above direction, you should put things for Tahm Kench. As for the generals that deal damage in the back row, they still go up according to the set route.

Mutants are not difficult for you to combine with many other clans, so you can go a smooth path with Mutants from the beginning to the end of the game. Above we only have the basic Mutant lineups, hopefully in the near future there will be other “mutant” Mutant squads.