Windows 11 brings a visual overhaul, a few new additions and features, and promises support for running Android apps. Microsoft’s Android Subsystem for Windows 11 is expected to go into beta testing this year, and screenshots of the unreleased feature have recently leaked online.

For run Android apps directly on Windows 11 No need for android emulator software like before, Microsoft has partnered with Amazon. Microsoft Store and Amazon Appstore will be integrated to provide Android apps and users will be able to download and install mobile apps like Pinterest, Kindle…

Information about Android apps on Windows 11

Microsoft has been working on the Android Subsystem to create a native app-like experience between Android and Windows using proxies. The company is also using its own virtual machine for compatibility with the Android Open Source Project (AOSP), which is required when Play Store services are unavailable.

To experience the Android emulator on Windows 11, you can download and install Windows 11 here:
=> Download link Windows 11 A new leak from China has given us our first look at Windows 11 Android apps running through the new Android Subsystem.

According to posts on a Chinese forum, Microsoft is actively testing Android Subsystem for Windows 11 and leaked screenshots confirm rumored features, including notification center integration and multi-window support 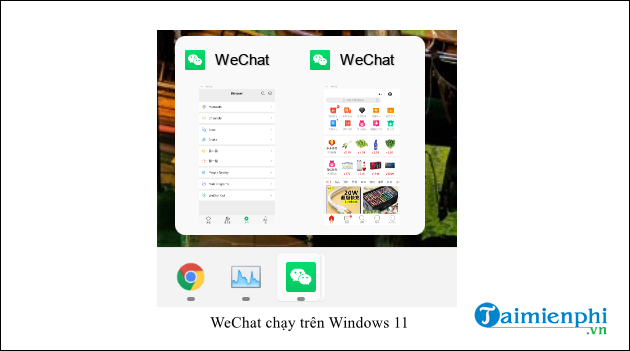 According to the screenshot, it looks like Android Subsystem for Windows 11 could focus more on multitasking and productivity. Also from the screenshot, we can see evidence of multi-window support, which means that users will be able to open pages of supported applications in multiple windows.

Furthermore, Windows 11 Android apps will work like Windows apps, allowing users to pin them to the taskbar, resize windows, and more. 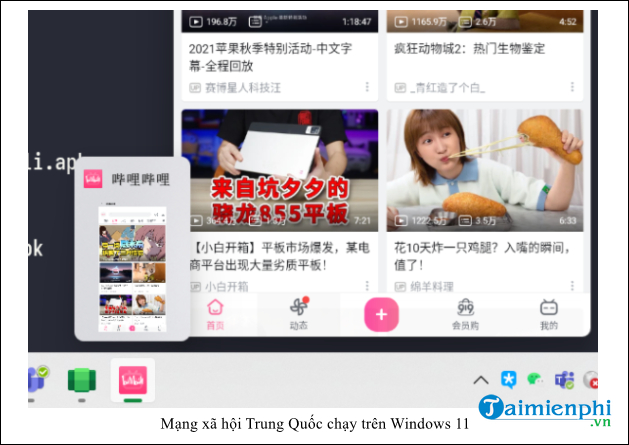 In addition to the leaked screenshots, there are more indications that Android apps may be coming to Insider Channels soon. The Amazon Appstore, which was absent from early test builds of Windows 11, has recently been spotted in the Microsoft Store.

You will be able to download the Amazon Appstore directly from the Microsoft Store. In a statement, Amazon previously confirmed that its AppStore will be ready when Windows 11 launches, but it looks like it has been delayed to accommodate Microsoft’s new schedule.

To run Android apps, users will need Windows 11 Build 22000 or later. In fact, Amazon Appstore only appears on devices running build 22000 and it will not work on Windows 10 October 2021 Update. Microsoft recently confirmed that Android apps will be available on Windows 11 in 2022. In the meantime, you can still download one of the best android emulators like: BlueStacks, Nox Player …. to experience Android games on Windows.

https://thuthuat.taimienphi.vn/ro-ri-hinh-anh-dau-tien-ve-ung-dung-android-tren-windows-11-65314n.aspx
Besides, you can also refer to how to update to Win 11 here to be able to use and experience the new features available on this version.

See also: How to update to Windows 11