Besides Tristana and Ziggs, Heimerdinger is also a good damage face in the Yordle DTCL. As for the Inventor, this is definitely the name chosen for the period from the middle of the game until Jayce appears.

Heimerdinger’s skill is simple and although it does not deal AOE damage, it can help quickly destroy the main enemy carry targets if it is not caught by Blitz or caught by an assassin early.

What you need to do is increase the damage to Heimerdinger by matching his items. Also pair him with the right generals to increase efficiency. If you are intending to see how powerful Heimerdinger is, please refer to the article below.

There are two main directions including Inventor and Yordle, Scholars probably only support when the Scholar generals are mostly SP generals. Yordle stars faster for Heimer and casts spells faster.

The Inventor defs blood and increases the resistance for the team, and the Inventor generals when gathered also have enough elements such as resistance, control, disadvantage and can be combined more with other clans. rather than yordles. 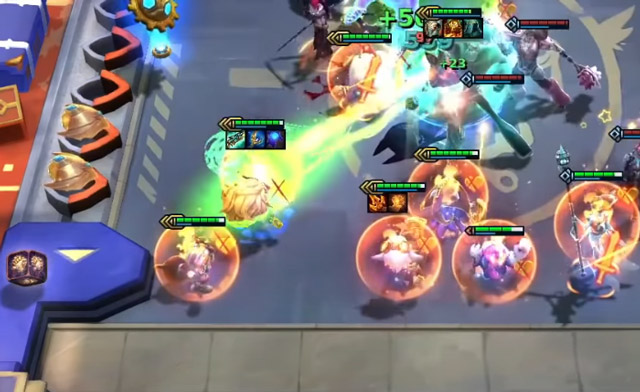 Most items for Heimerdinger will be magic items, so you need to prioritize Oversized Sticks > Tears > Training Gloves > BF Swords. Can add Wood Bow to support damage. 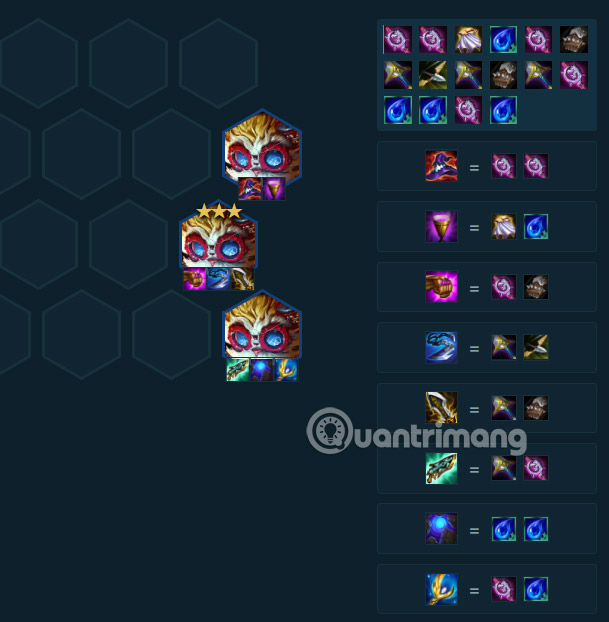 This post is being spammed quite a lot even when Veigar can’t be released. Tristana, Ziggs, and Heimer are already good damage dealers. Poppy and Vex will do well in their tank duties with tanks.

When you have Veigar, you can throw more items at him and can remove unnecessary Yordles and add support champions if you find the Yordles are not effective at this time.

The more diverse combination makes Heimerdinger have more control and heal, so it will be safer even though the tankers in the team are not many. Taric, Jayce and Machine Bear will stand in the top row for tank missions. Combined with the Wizard buff increasing healing and shielding will help the team be effective.

Although there are many better options than Heimerdinger right now, even with Yordle, sometimes Tristana is still favored in the carry position. He can only accept the carry mission when in the Inventor’s team.