So after a period of beta testing and receiving comments from the community relatively carefully lasting many months, Apple has finally released macOS 12 Monterey as planned. This means you can now download and install this new update on your Mac.

In fact, Apple had planned to release macOS Monterey within the framework of the September product launch event along with iOS 15, iPadOS 15, tvOS 15, and watchOS 8, but at the time, this update was still in progress. in the beta period. In addition, releasing macOS Monterey alongside the new 2021 MacBook Pro models is clearly the more sensible decision.

Although still maintaining the same design language as macOS Big Sur, but macOS Monterey has been applied a lot of feature improvements by Apple. Therefore, this is still basically a major OS update and is receiving a lot of attention.

As mentioned, macOS Monterey was released as a beta some time ago, so you’ve probably had plenty of opportunities to experience the new features and improvements it has to offer. So if your Mac is eligible to upgrade to macOS 12 Monterey, we recommend that you install this update as soon as possible.

The number of Mac models that are eligible to be compatible with macOS 12 Monterey is relatively extensive. Here is the complete list for your reference:

In terms of hardware compatibility in general, you won’t need to worry because macOS Monterey will be fully compatible with all Macs that can run macOS Big Sur. You can rest assured to update your system to the new version when it becomes available.

However, it should be noted that some of the cool features of macOS Monterey, such as Universal Control and SharePlay, are not yet ready to use. So you will have to wait until other additional patches are released in the future to experience these features.

To download the update, first open your Mac and navigate to “System Preferences” > “Software Update”. Here you will see the option to install macOS Monterey. Follow the instructions and enjoy what’s new from Apple

After launching macOS 11 Big Sur last year with a series of improvements and changes, this year macOS 12 Monterey focuses only on the single goal of continuity. Apple has invested more in some of the new features on macOS 12 to make it easier for you to work and share between Apple devices. 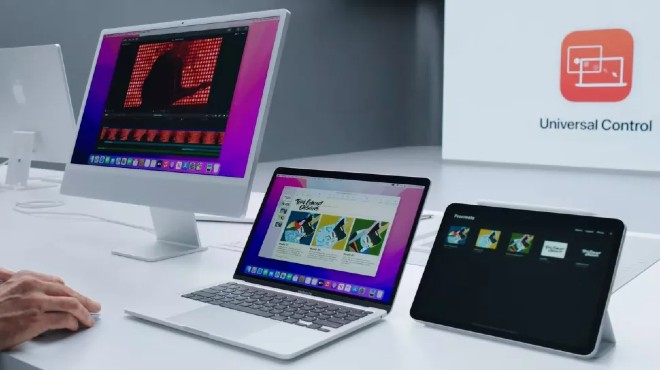