Realme is expected to launch the Realme GT 2 Pro (model number RMX3301 or RMX3300) as its next flagship flagship smartphone model in early 2022. With its reputation market share increasing over the past few years, the Realme’s flagship smartphone model also tends to get more attention. And the fact is that the quality of these products is absolutely not inferior to competitors in the same segment. The Realme GT 2 will be a clear demonstration of that statement.

The Realme GT 2 benchmark results data has recently been leaked simultaneously on Chinese social networking sites, showing the amazing performance the product can achieve. Specifically, as revealed by Digital Chat Station, Realme GT 2 will run on the flagship Qualcomm Snapdragon 8 Gen 1 processor, and be the first smartphone model in the world to reach more than 1 million points on the benchmark scale. AnTuTu – an extremely impressive number!

As can be seen in the leaked image above, the Realme GT 2 Pro with Snapdragon 8 Gen 1 CPU has achieved a remarkable score of 1,025,215 on AnTuTu. This seems to be the highest score that a smartphone model has achieved on the AnTuTu benchmarking platform to date. It shows the excellent performance of Snapdragon 8 Gen 1, as well as the excellent hardware/software optimization of Realme.

Reports suggest that Snapdragon 8 Gen 1 will be a 4nm chipset, possessing 1 core ARM-Cortex-X2 3.0GHz, 3 performance cores ARM Cortex-A710 2.5GHz and four efficient cores ARM Cortex-A510 1, 79GHz. This flagship SoC model is expected to include Adreno 730 and Snapdragon X65 5G modem. Xiaomi 12 and Moto Edge X are expected to launch in the Chinese market in December, as the first smartphones on the market to run on Snapdragon 8 Gen 1 chip. 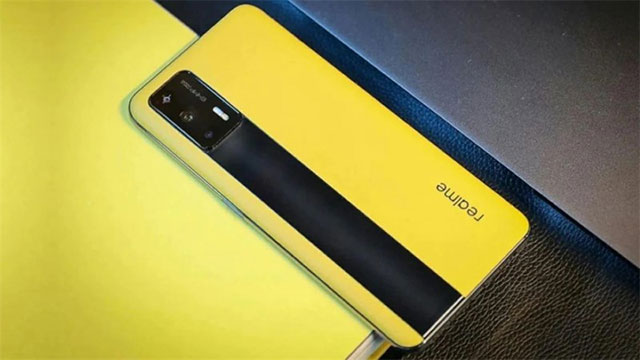 Back to the Realme GT 2 Pro. Currently, details about this smartphone are still relatively limited. Besides the Snapdragon 8 Gen 1 CPU, the phone will be equipped with LPDDR5 RAM and UFS3.1 internal memory. However, the specific capacity level has not been disclosed yet. The flagship is said to have a 6.51-inch AMOLED screen with Full HD + resolution, with an expected refresh rate of 120Hz. The selling price of Realme GT 2 Pro is expected to fall around 4,000 Yuan (approximately 14.1 million VND) in China. However, the release date has not been revealed yet.