Shaco used to storm in season 3 with the Dark Star – Mat Tham clan. The clown has been on Riot Games’ edit list in many season 3 updates because sometimes he gets spammed a lot in the Dark Star or Secret Detective squad.

To this DTCL season 6, Shaco continues to hold the role of a Gang Assassin and will definitely be chosen as the mainstay from the middle of the game. To use Shaco effectively in the team, what do you need to do? Here is the Shaco lineup, how to build Shaco DTCL season 6.

The Gang that supports Shaco has extra defense, making up for his low health. If you can click the 5 Gang buff, all Gang champions in the game will be supported Armor, Magic Resist and Lifesteal. 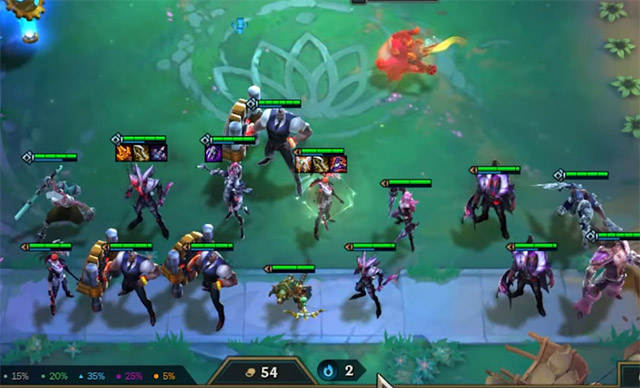 Skill: Shaco becomes untargetable for a short time, his next attack deals 250%/260%/275% AD and will critically strike targets below 50% HP.

Shaco’s favorite is Wooden Bow > BF Sword > Training Gloves > Silver Cloak. So you should prioritize these items for him. Twitch or Talon are champions that can hold items for Shaco. The crit rate and crit damage of 4 Assassins are not high. In return, the team will have a lot of support from the Wizard, Idol. Shaco has the weakest health compared to Darius and Graum, so even at the 3 Gang mark in this squad, he still has priority buffs.

All 5 Gangs will be fully buffed, now there is more Akali in the team, so the damage will be doubled even though the buff milestone is only 4 Assassins. If you have a mana item, throw it to Janna to get her equipment buff from Recycling. And Braum and Darius will do the team’s tanker duties. Zyra, Ekko and Talon will provide additional damage and crowd control.

Tankers in the team only have Braum and Blitz, although a bit less but Blitz can pull the enemy carry if you aim at that position. Braum is considered to suck the enemy’s tanker so that the Assassins jump to the back row and kill all enemy champions present there.

Shaco and the other assassins in DTCL season 6 are all weak champions. So you need to combine other resistance or recovery support champions to prevent the Assassins who have not been able to do anything.