Sion DTCL season 6 is both a tanker and a good damage dealer in the top when there are 3 clans. Empire will increase Sion’s damage while Guardians and Giants help in defense.

However, he occupies 2 slots in the game, so many people do not support him to join the team. He is often used in Giants or Empires when the generals of the two clans are quite few, along with the low buff mark, so it is easy to buff.

His skill is simple, but it deals damage and stuns quite well. So Sion is also a reasonable choice in the late game in the Giant or Empire squad. So to see the strongest Sion, please refer to the content below.

Guardians and Giants must have enough members for Sion to have enough protection buffs. However, Giant champions occupy up to 2 slots, so if you have more Cho’Gath or Galio DTCL, your slots in the team will be limited.

So add Guardians in the team to increase Sion’s resistance. Also add Blood Armor to him to increase his shield. As for the Empire, Sion needs more damage support equipment to become a Tyrant. 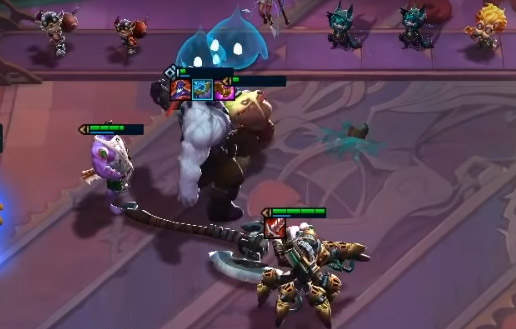 Even though you are a tank-oriented champion, you still need damage items for Sion. Especially if you play Empire. You will need the Oversized Stick > Training Gloves > BF Sword > Tears. As for the defense, you will need Blood Armor, Stone Armor Animal Statue, Thorn Cloak, Fire Cloak. 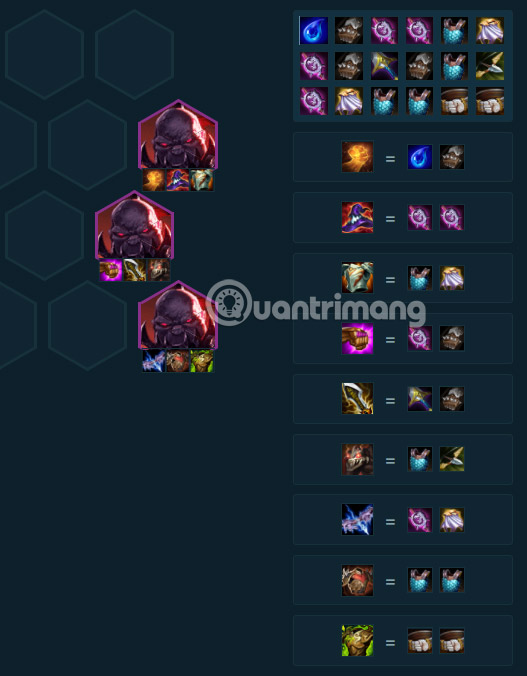 Idols will increase stats such as healing, mana increase, and damage increase. And Sion or Galio will stand under the light of the Idol. Seraphine helps heal top champions along with Taric.

This squad has many players, so you can only need to clip damage to Sion because there are 3 Empires. However, to complete this squad, you must have 1 more slot from Tech Core, Nature Armor or level 9 because Sion and Galio already occupy 4 slots in the squad. If you only stop at level 8, then you have to remove Blitzcrank to get 3 Idols, 2 Giants and 3 Empires.

Empire only has 4 champions, so you have to resort to Tech Core or Empire Seal (Gold Shovel + BF Sword). If you have an Empire Seal, you should add Kai’Sa DTCL to the team and give it to her if you follow the above formation.

Mundo DTCL with Kassadin will be the tank and control next to Sion. Mundo is an effective healer in the late game, so he will be a champion with Sion and Kai’Sa in this phase.

In this formation, Guardians will create a shield up to 45% of their maximum health. So Sion may only need attack items so you’ll need to pick up the Training Gloves > Earn BF > Oversized Sticks. Kai’Sa is still the champion behind the damage support. In case you can’t find Kai’Sa, you can replace it with Fiora DTCL or Yone DTCL.

Sion occupies 2 slots in the game but is also very good when he can both defend and deal good damage. It’s also easy to hit the clan milestone for Sion because his clans have few buff milestones.