What day is Halloween? The origin and meaning of Halloween


Halloween is a traditional festival held every year in many countries around the world. Currently, this festival is quite popular in Vietnam, but not everyone knows what Halloween is, what day it is, the origin and meaning of Halloween. We invite you to find out interesting things about this popular Halloween festival among young people in the article below.

Halloween is a traditional festival celebrated in many parts of the world on October 31, the last day of October every year.

Halloween festival starts from the evening until 12 midnight on October 31 of the solar calendar. Halloween 2021 falls on a Sunday.

Halloween is celebrated to mark the end of the harvest and the beginning of winter, and to remember the dead, including saints, martyrs and all loved ones who have passed away. .

Halloween’s original name is All Hallows’ Eve which means “on the eve of All Saints’ Day”. In which “Hallow” is an Old English word meaning “holy”, and the Scottish word “eve” is even in English. After centuries, All Hallows’ Eve became known as Halloween. And so far, Halloween has become a worldwide festival.

The Celts, a people who lived more than 2000 years ago in what is now England, northern France and Ireland. November 1st is the beginning of the new year for the Celts. Before New Year’s Day, this tribe holds a festival at night to honor their deceased leader, Samhain. This festival is the beginning of a cold, dark season often associated with human mortality. The Celts believed that, on that night, Samhain allowed souls to return to their earthly homes. And to ward off evil spirits, they disguise themselves as spirits by wearing devil-like costumes and masks. 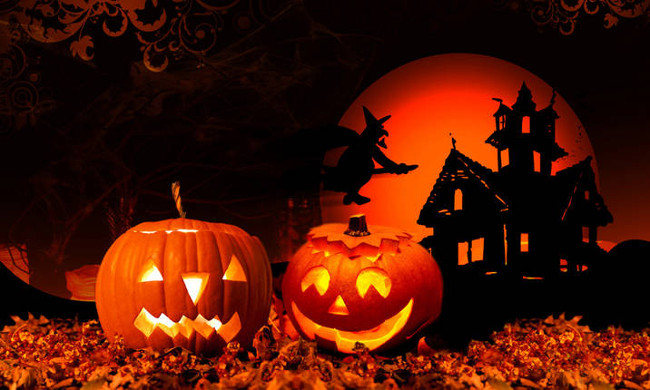 The people of England and the lands of the Celts brought Halloween with them when they migrated to America along with many different customs. It was not until the 1800s that this festival became an annual custom.

In the West, Halloween is the most fun festival of the year and is considered a New Year’s Day for children. On this day, children are dressed up as many interesting characters, playing interesting and fun traditional games.

Set up the fire 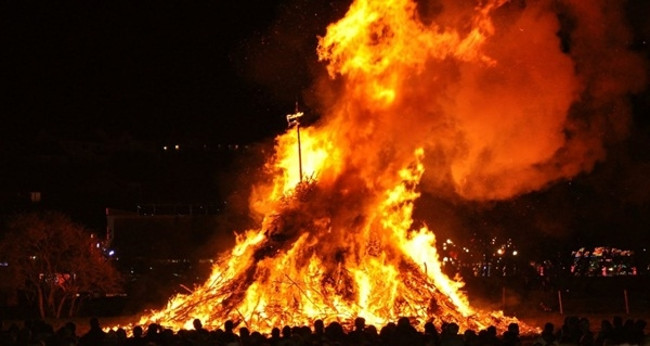 People often light a fire during Halloween in the hope that the sun will stay longer and always shine to help harvest crops. Besides, the light from the fire will help people keep away from evil spirits. This custom originates from Ireland, where they carve evil faces on potatoes and turnips to ward off spirits in the night. When the Hallween festival was introduced to the United States, people used pumpkins to carve demon faces to decorate the night of the festival. And today, pumpkin lanterns have become a feature of Halloween celebrations around the world. This is an indispensable custom in Halloween. From adults to children, they dress up as witches, ghosts, superheroes, or famous cartoon characters…

Trick – or – Treat – Give candy or get teased This is a very interesting custom for children in Western countries. After dressing up, the children will knock on doors from door to door and say “trick-or-treat” to the host. Of course, no one wants to be “trichk” so the children are often welcomed by the host with candy and coins. 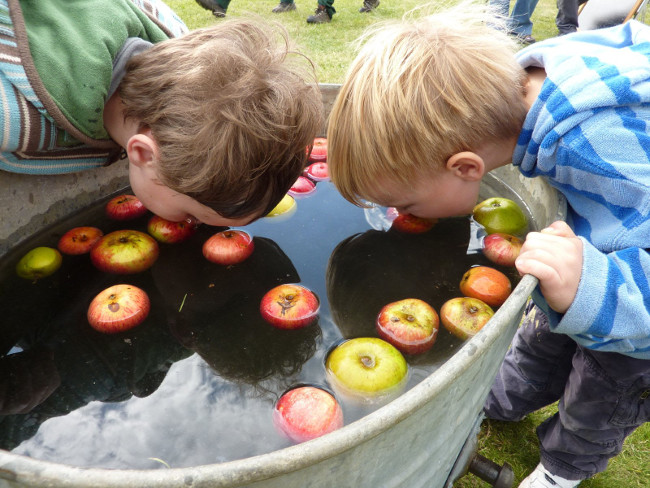 Apples are sacred fruits used to worship the gods. So this is not simply a game, this is also a lucky ritual on Halloween night. There are many forms related to apples such as peeling apples, taking apples in a bowl of water, … according to which the longer the apple peels, the longer they live, and whoever gets the most apples has more luck. What do you have planned for Halloween night? If you want to organize a small Halloween party at home to have fun with family and friends, please refer to impressive Halloween decorations, good Halloween games, cool Halloween costumes, make paper Halloween masks… Or if it’s simple, you can invite your friends to watch classic Halloween movies together and post Halloween messages, happy Halloween wishes to everyone.