What’s special about the final Windows 11 update of 2021?


Microsoft has just released Build 22523 for Windows 11 Insider Preview Dev channel. Most likely, this will be the last update of 2021 for Windows 11. Invite friends to TipsMake.com to find out what this update is worth!

First of all, it should be noted that Build 22523 is only for users who are installing Windows 11 Insider Preview Dev channel.

Windows 11 Insider Preview is an experimental version of Windows 11 with the aim of finding and detecting errors to fix before releasing to all users. The Dev channel is the one that always gets new features first and also faces the highest error rate.

Because it is the end of the year with long holidays, Microsoft does not update new features in Build 22523 to avoid errors. Therefore, this update will only focus on patching security holes, improving quality, fixing some issues and tweaking Settings.

Snap Groups will now be integrated with Alt + Tab. Then, when you press Alt + Tab, layout options will appear for you to choose from.

Improvements to the Settings app

Over the years, Microsoft has constantly tried to move the features on the Control Panel to Settings. Microsoft’s goal is to get rid of the Control Panel and just use Settings as the only control and adjustment application for Windows. 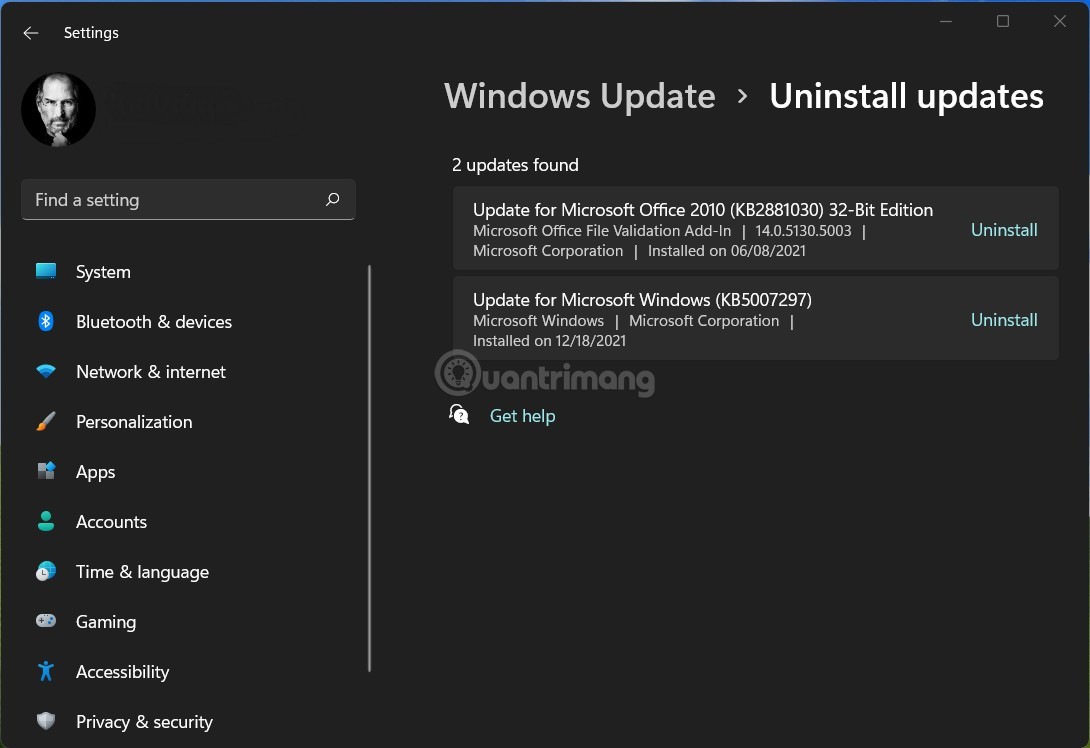 On Build 22523, Microsoft continues to “move” some features of the Control Panel to Settings. This time, the Uninstall a program feature (helps users remove applications) has left the Control Panel to settle in Settings. In addition, View installed updates in Control Panel has also been removed and redirected to a more modern version in Setitngs > Windows Update > Update History.

Should consider carefully before updating Build 22523

You need to think carefully before updating. The reason is because after this update Microsoft employees will have a holiday for Christmas and New Year. This means that you will have to live with this update for a long time, so if there is a bug, it will be a disaster.